Cupcake The calf was born with a condition that caused her legs to bend and curve out. Her back legs were likewise misaligned, but they eventually straightened up. 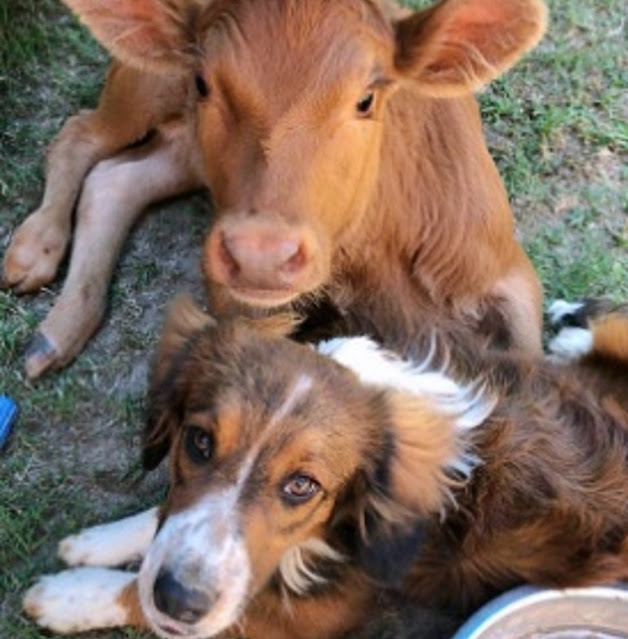 Cupcake was taken in by Genia Kay Meyer when she was five weeks old. She and her husband, Tim, took care of her and bottle-fed her on a regular basis.

But Cupcake also got a third caregiver, and it's not the one you'd think. 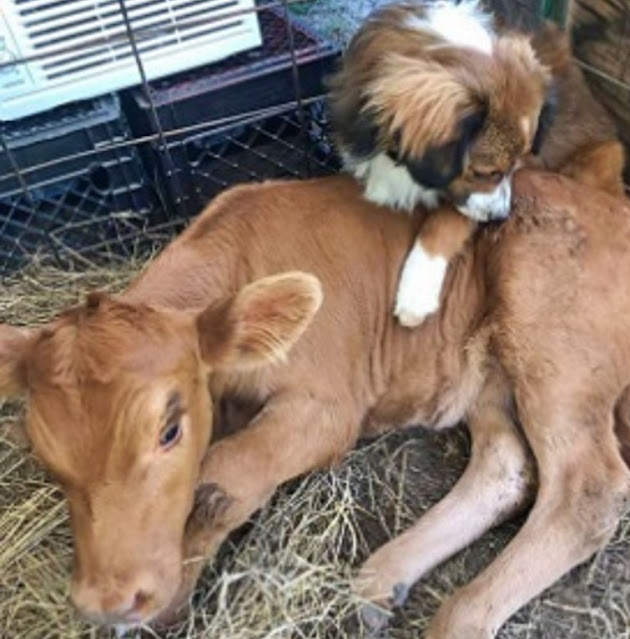 Meyer's dog, Bo, became attached to Cupcake and began to look after her. They became inseparable, and Bo now stays at her side 24 hours a day, seven days a week.

Bo would suck all the milk off Cupcake's face and groom her as if she were his baby when she first came and began drinking from her bottle. 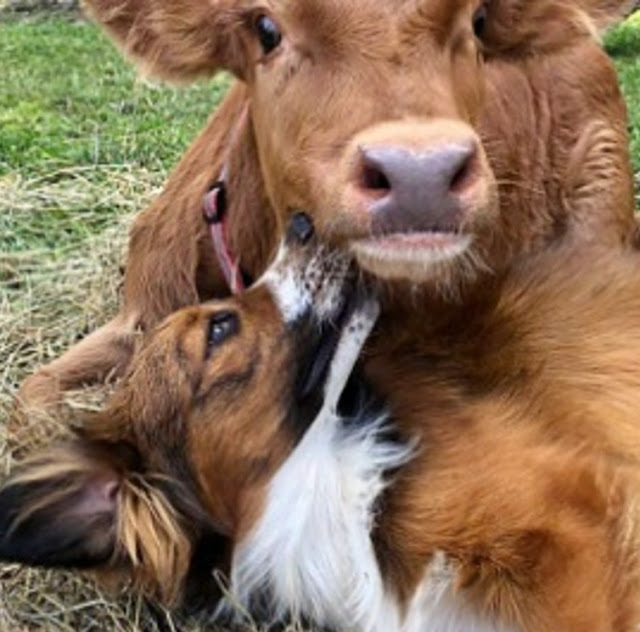 Bo was supposed to be Tim's new cow dog, but he became sick every time he rode in the truck.

While Bo was unable to become a cow dog, he has discovered his true purpose.

Bo and Cupcake like snuggling and playing together, and Bo guards Cupcake fiercely. 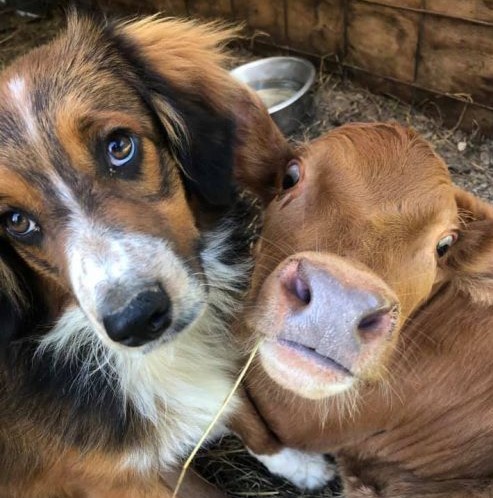 Meyer is presently soliciting funds for a surgery that may or may not benefit Cupcake. Her tendons may be able to be cut and repaired, but the family must consult with veterinarians to determine the best course of action. 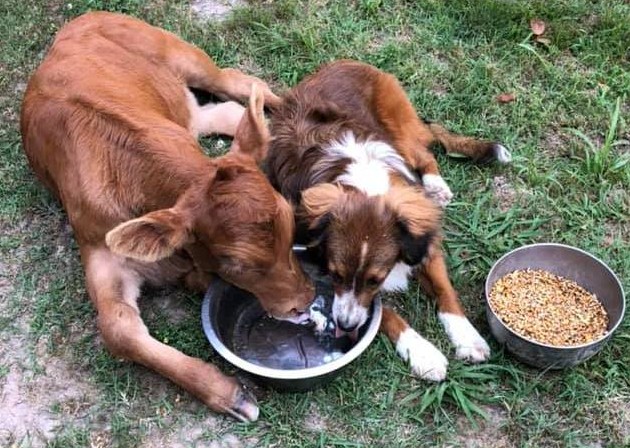 Regardless, Bo and Cupcake are making the most of their time together, and their owners are doing everything they can to provide Cupcake with the greatest quality of life possible for as long as she is with them.