Pax was not expecting to become a father at the age of 13, but life is unpredictable. The senior labrador was spending his golden years on the farm with his adoring family. But then Pax and his family heard a sorrowful scream from someplace on the farm, and everything changed. Morgan, Pax's pet-mom, heard a little kitten scream and tracked it down with the aid of one of her cats. She took the cat outside with her, and the astute feline led her to the orphaned kitten.

The small kitten had been abandoned in a tree stump and was wailing for its mother. Morgan waited a couple of hours before bringing the kitten in, hoping that the mama cat would return.

But after a while, it became evident that the mother was not coming back, and Morgan realized she had to help the grieving young orphan. Morgan welcomed the kitten into her home and helped it feel at ease in her bed. The kitten was so young that she required bottle feeding, and her fur and skin were infected with fleas.

The kitten was called Polly by the family, and she was carefully nursed back to health. 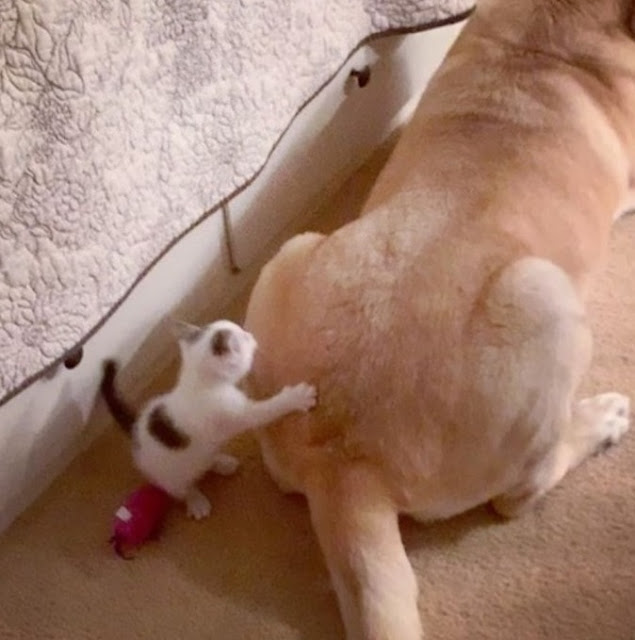 They bottle-fed her, got rid of her fleas, and lavished her with love.

Pax, one of the family members, took a special interest in the young kitten's well-being. 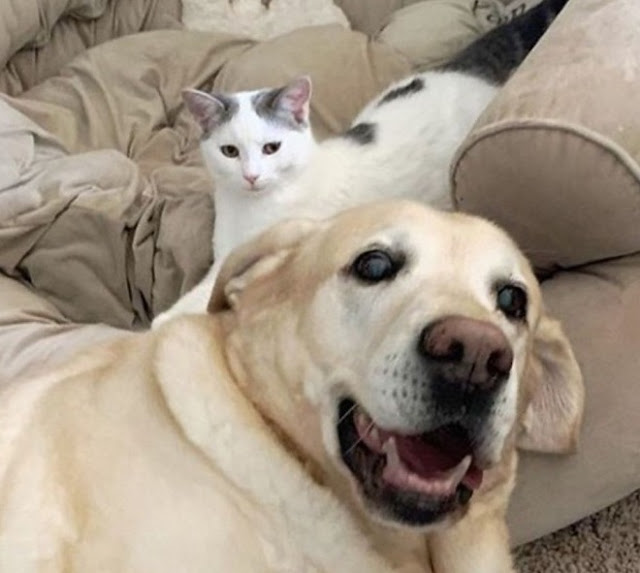 "Pax has adored her since the beginning," Morgan told Love Meow.

Pax had a strong attachment to Polly and a strong desire to keep her safe. 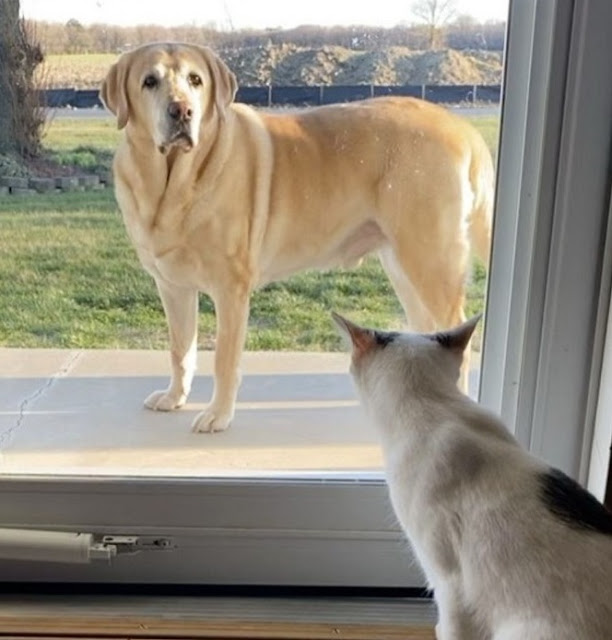 Polly, on the other hand, seemed to intuitively know that Pax would protect her; after her first bath, the little cat snuggled up next to Pax and promptly fell asleep.

Pax and Polly quickly became very close, and Pax would even assist with feedings; once Polly had been fed, Pax would lick her clean and cuddle her. 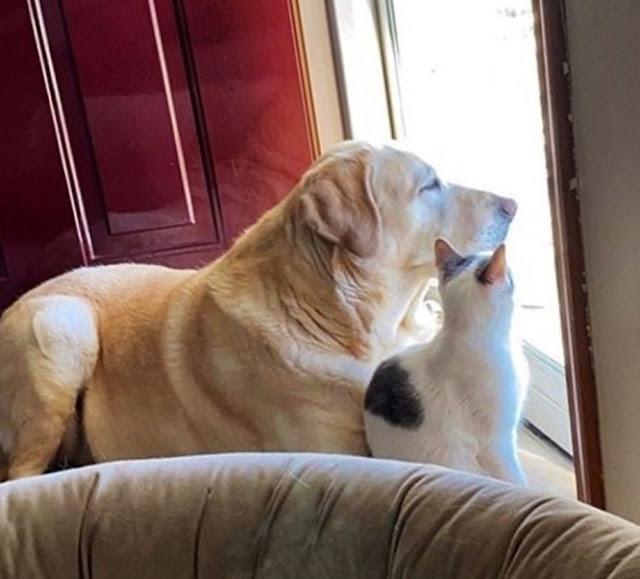 The pair could do more things together as Polly grew older, bigger, and stronger.

Polly followed Pax around the house, and Pax shared his toys with his adopted daughter.

Like a good father, Pax taught her everything he knew, which has resulted in Polly knowing how to "bark". 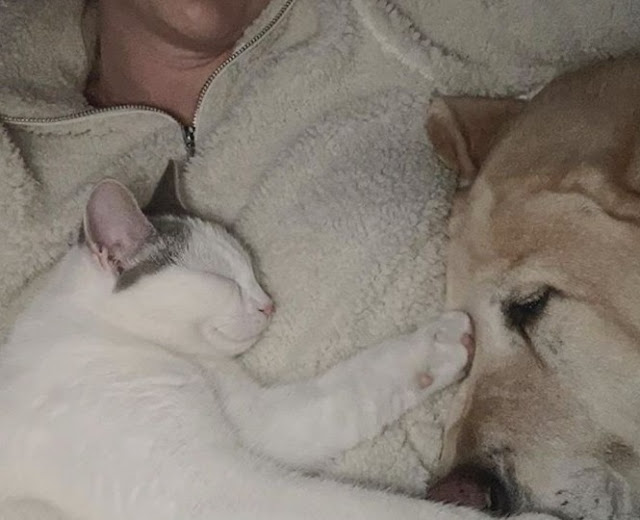 Polly has grown up, and while she is no longer a needy little kitten, she and Pax remain as close as ever.

They enjoy playing and cuddling together, and Polly behaves more like a dog than a cat. 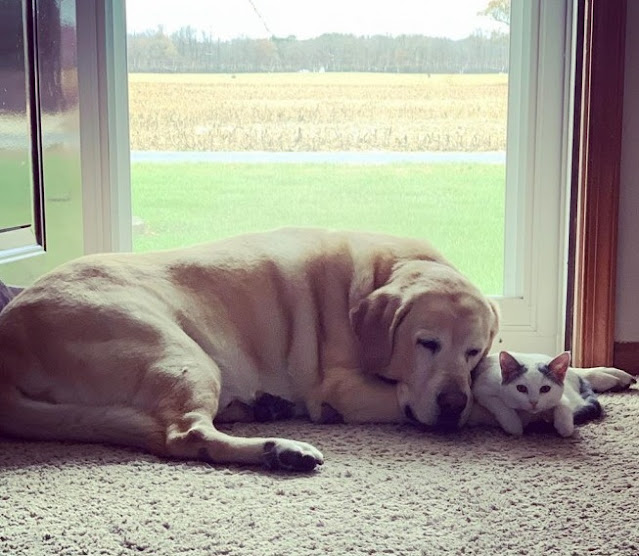 Polly and Pax are completely inseparable, and they even have their own Instagram account where they document their adorable relationship.

Pax and Polly may be of different species, but they are, will always be, and were always meant to be family. 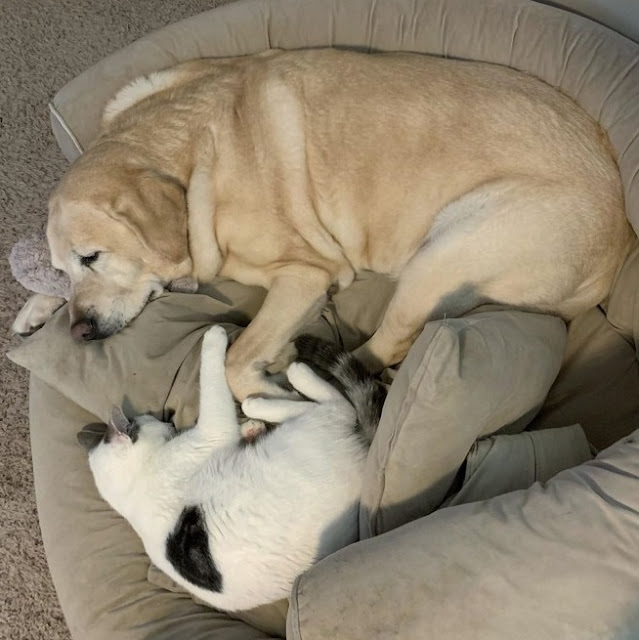 Their love is pure and deep, and they are both extremely fortunate to have found each other.