Homeless Dog & Her Puppy Too Hopeless to Even Ask For Help

When Stray Rescue of St. Louis received a call about a dog sleeping on a residential street during a heat wave, they politely requested that the caller send them photos of the pup so that they could better assess how to assist. "The picture this person sent us showed the dog lying down," Donna Lochmann, chief lifesaving officer at St. Louis Stray Rescue, told The Dodo. "It was difficult to tell, but it appeared that you could see his hip bones. So I knew it was definitely worth a look. 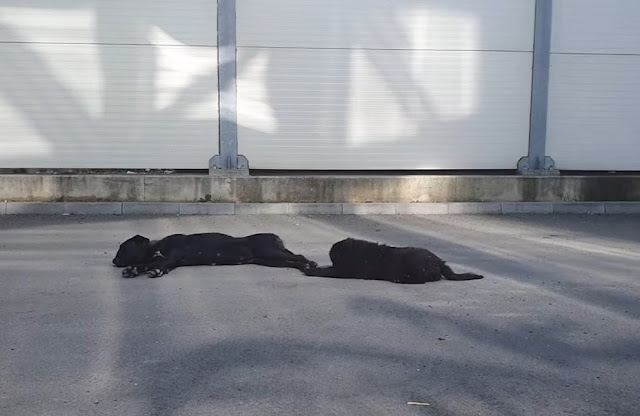 Lochmann arrived on the scene quickly but was unable to locate the pup. She made a last-minute decision to enter an alley, and that's when she saw him.

"I saw him lying in the street," Lochmann explained. "He was laying in the water coming up from a gutter, most likely to stay cool because it was so hot." 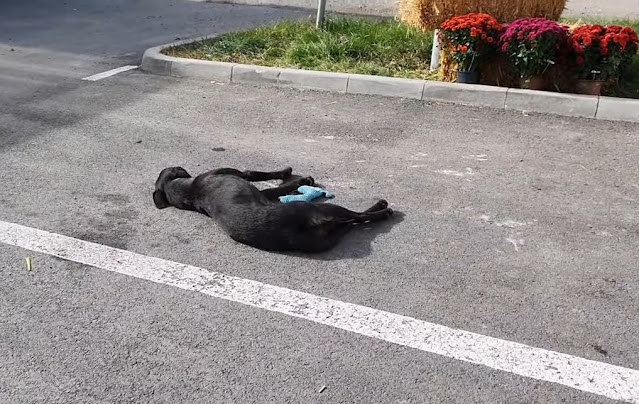 As Lochmann got closer, she realized how badly the dog needed assistance. 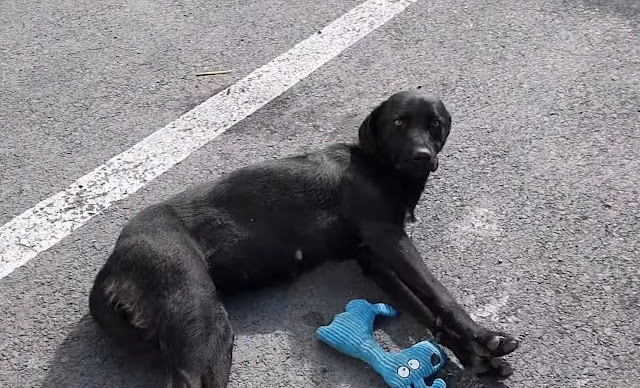 "He must've heard me when I got to the end of the alley," Lochmann explained. “I watched him pick his head up, kind of look around and then flop his head back down on the curb as if he’d completely given up.”

The image of the dog laying alone on the street with no energy or hope for the future broke Lochmann’s heart. 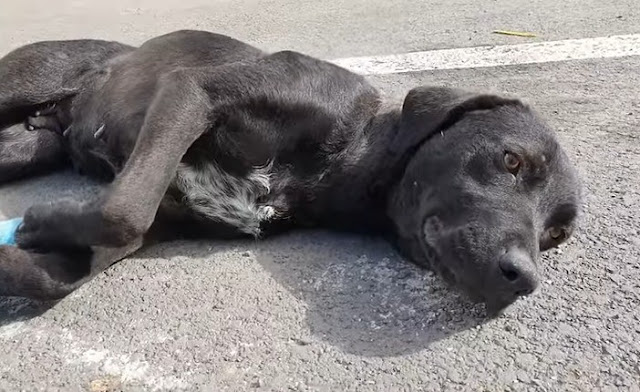 "It literally killed me," Lochmann said. "'There's no way I'm leaving this dog here,' I told myself."

You can see Lochmann's first sighting of the puppy here:

Fortunately for Lochmann, the abused dog had no objections to being rescued. He even walked himself to her jeep, untethered. 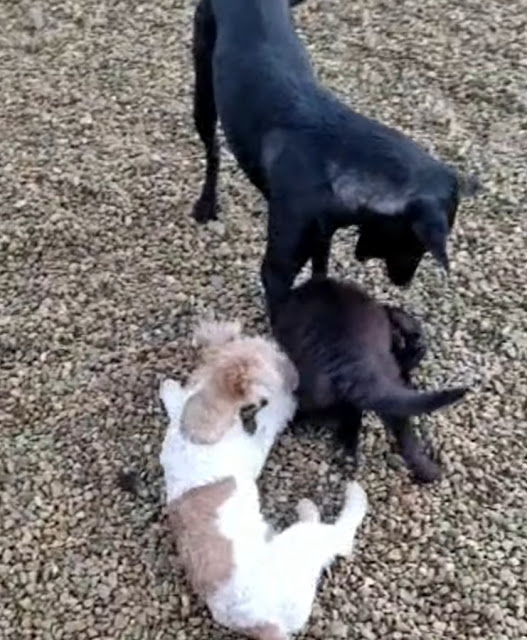 The puppy immediately made himself at home in the car.

"I keep blankets in the back of the jeep, so he immediately laid down," Lochmann explained. "He seemed so grateful for air conditioning and a comfortable place to be."

The sweet dog, later named Curby, thoroughly enjoyed his "freedom ride" to safety, according to the shelter.

"He was quickly placed in a foster home," Lochmann said. "When a couple saw his video, the wife told her husband, 'That dog should not be in a shelter.'" So they came and got him." 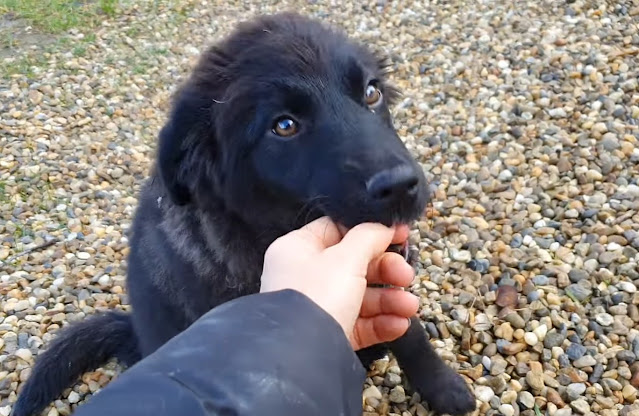 Curby is enjoying his new foster home, where he has two extremely loving parents and a dog sibling with whom he enjoys cuddling. He's finally started to gain weight, and his personality has really blossomed in his new home.

"His foster parents are completely smitten," Lochmann said. "He turned out to be the most adorable child ever."