Dogs are derived from wolves and live in groups. Even if dogs have been domesticated, they still require a pack, albeit in the shape of a human family. That's why when a dog is adopted, it's always exciting. Finally, the dog has found its pack! It's extremely heartwarming when dogs from the shelter are adopted. It's even more exciting when a dog has spent a lengthy period at a shelter before being adopted. 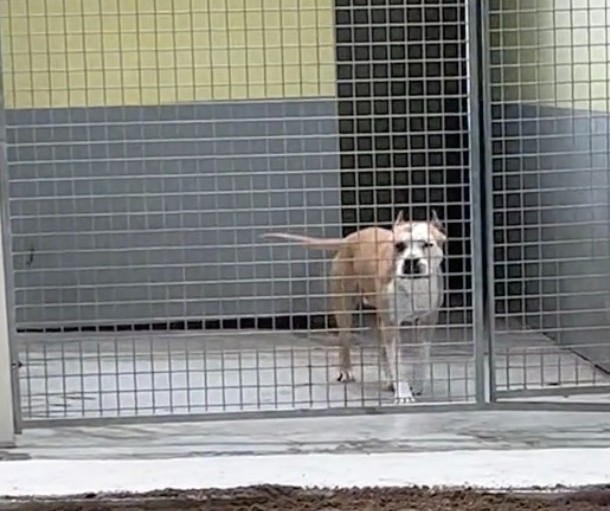 Paco is an American Staffordshire Terrier that has been at this shelter for 270 days. Nobody wanted him since he was an adult dog and he was of the Pitbull breed.

No one until this couple.

Paco had been waiting for someone to take him home for 270 days. His forever family came on this day.

Paco couldn't stop bouncing when his new father arrived to pick him up. Paco had no idea what was going on at first. He had just noticed the shelter employees and his new father approaching his place.

He didn't realize he was headed to his forever home until his new dad grabbed for him through the rails. 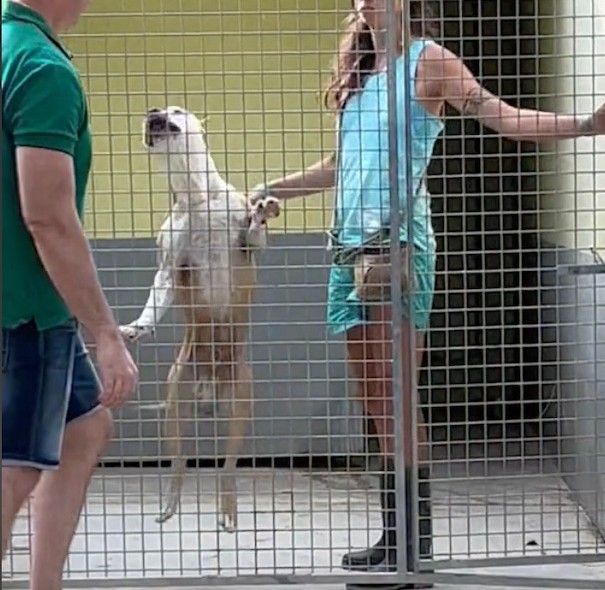 He couldn't keep his enthusiasm in check. The day he had been looking forward to has finally arrived! They attempted to convince him to stand still for a moment, but who can blame him? He was about to move in with his permanent family!

He won't be alone any longer. Paco will live with a family who has pledged to love him every day for the rest of their life.

It's quite difficult to be a Pitbull or Pitbull breed living at a shelter. There are so many myths and misconceptions regarding the breed that it is nearly difficult for them to be adopted. 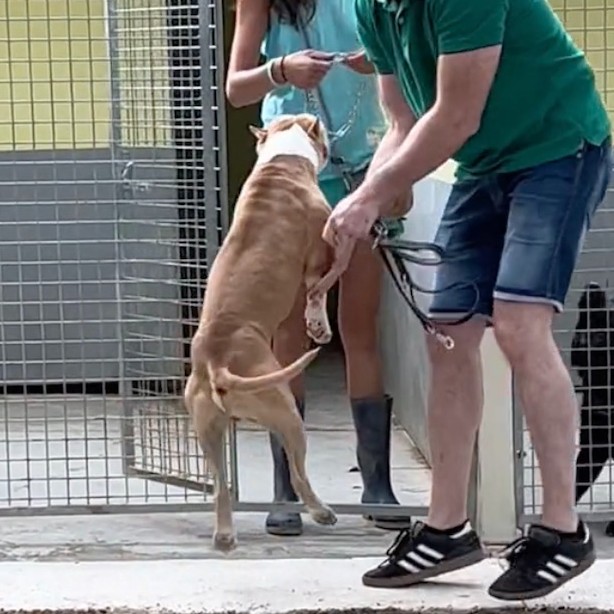 However, humans that understand and appreciate Pitbull breeds seek out this dog breed to provide them with a lasting home. Paco is one example of this.

Paco's new life began when he and his new family left the shelter. And they have done nothing but love and care for him since then, even during the stressful and worrying days.

Many people assume that when an animal is adopted by their permanent family, everything is perfect.

There are many things that social media does not reveal. There is an adjustment phase during which the animal adjusts to their new home. There are days when the animal becomes ill. 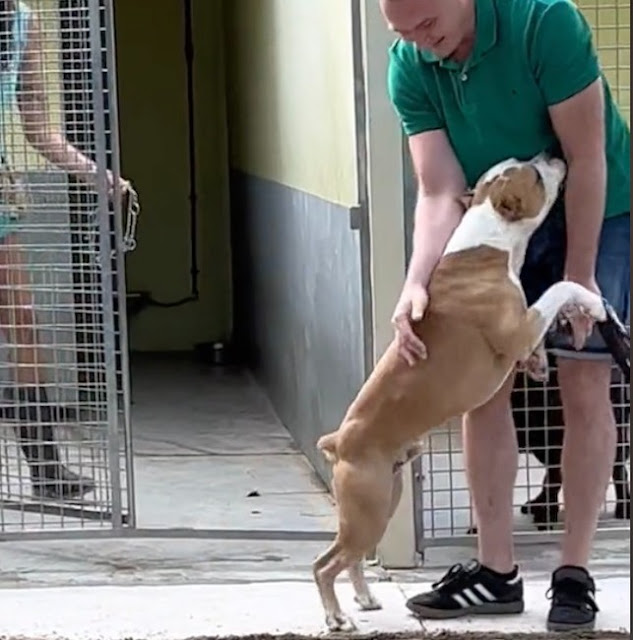 And there are days when they completely wreck their family's home. But their new family chooses to love and care for them through good and difficult times.

Want to see how Paco reacted when his father visited him on the day of his adoption? View the video below.