The first decade of Chico’s life was a lonely one. The pit bull was adopted by a rural North Carolina family over ten years ago. His owners locked him up in a tiny, dirt yard filled with rubbish and lacked any type of companionship. According to The Dodo, the dog’s dismal existence grabbed the notice of neighbor Gricel Guerrero, who attempted talking to the family about neglecting Chico.

“I told them the dog required vet care and daily walks, but they always insisted the dog was OK, and that he was naughty and was too violent to other dogs to not be chained,” Guerrero told The Dodo.

“Every time I saw the dog abandoned out there it would hurt my heart, but I couldn’t do anything,” she continued. “Until one day I declared, enough is enough.” 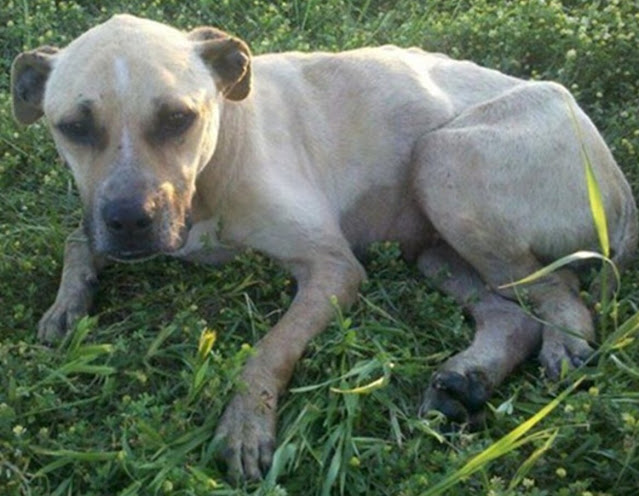 Guerrero started calling rescues for help removing the dog, but many of them were too far away or reluctant to help. Finally, Diva’s Safe Haven & Thrift consented to take in Chico. With a new home for the canine in sight, Guerrero addressed his present owner’s about releasing the dog. After a quick chat, the family decided to give the pit bull up and the rescue retrieved him that day. 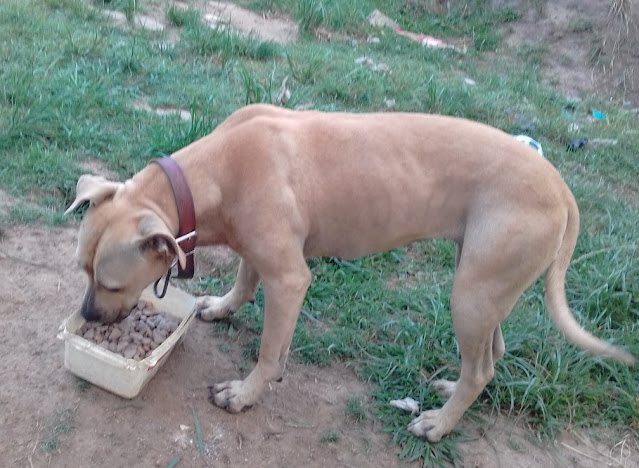 Thanks to Guerrero’s determination, Chico is receiving the medical attention he critically needs. The dog came mostly deaf. Doctors also identified several tumors and arthritis in his back legs, he will spend a long of his days at Diva’s, welcoming new pups and playing with the staff.

This a shift that the dog has welcomed with open paws. Staff at Diva’s appreciate the new addition and claim that even after a decade of neglect, Chico is still a pleasant gentleman.