Diving Into A Frozen Lake To Rescue This Poor Dog We've said it before and we'll say it again. Social media is a veritable goldmine of entertaining videos. The most recent one to appear in our feeds was published on Instagram by YouTube channel ViralHog. The video starts with a semi-naked man walking through the bushes. 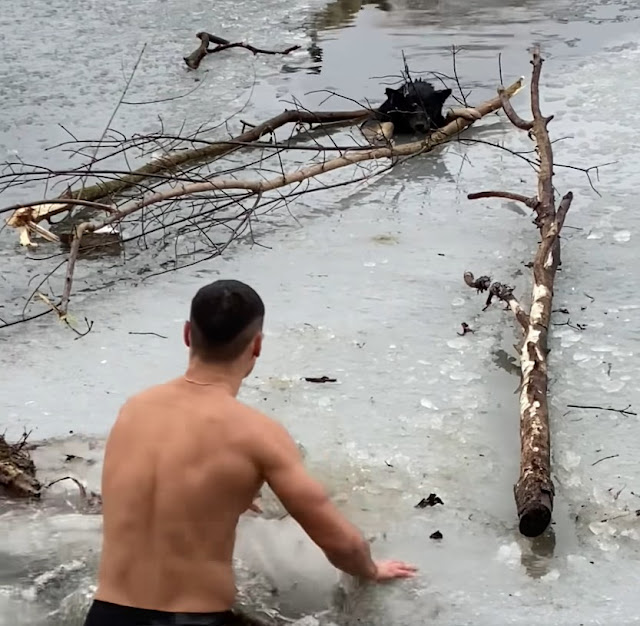 He's making his way towards a frozen lake. Some individuals may be seen standing around the lake. At first, it's unclear what all the fuss is about. We can hear a dog's agonizing screams as the man advances forward. The animal was submerged in extremely cold water. This man then walks into the lake, breaking through the frozen ice to rescue the dog.

He then swims back with the dog with tremendous difficulty. When the man returned the animal to safety, he was greeted with applause. 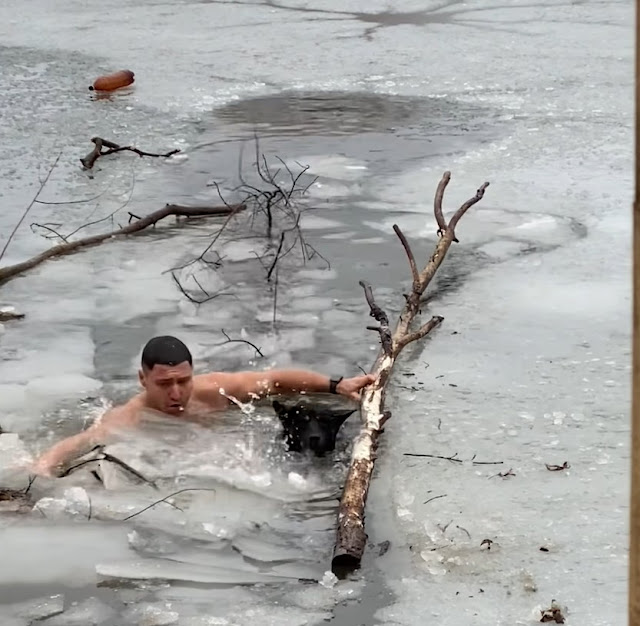 The footage was shot from the frozen Kalmius lake near Donetsk, Ukraine. In the winter, the temperature in the area falls below zero degrees. 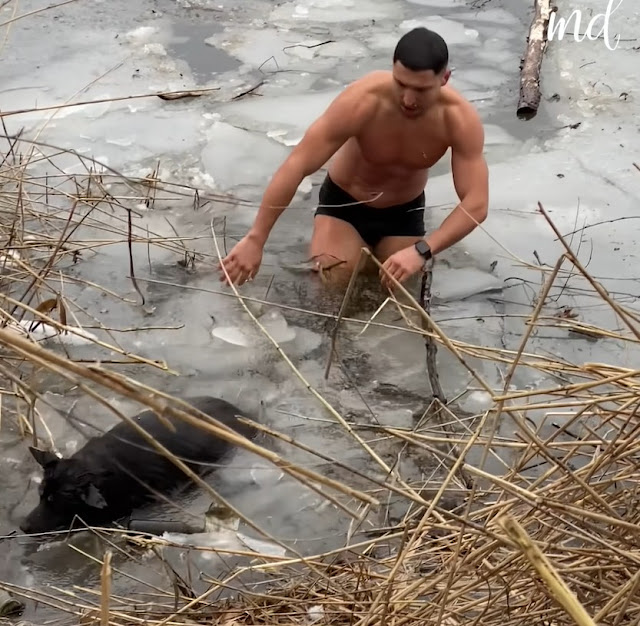 People commended the bravery in the comments section. A wrote that the poor dog was weeping and freezing. The user expressed gratitude to the man for saving the dog's life.

Many people referred to him as a hero. Others were disappointed that, despite the large number of individuals there, just one dared to act. Some people wanted to know if the dog and its savior were doing well.

Returning to the video, we can only admire the man who dared to rescue the extremely cold water to save the dog. Thank you.