Born with Misshapen Front Legs, Thumbelina the Dog Is Ready for a Home After Relearning to Walk.

Thumbelina is a husky/German shepherd mix looking for the perfect forever family to assist her in her custom hot pink wheelchair. Thumbelina is a princess on the lookout for her castle.

After an eventful journey from Texas to New York City, the rescue dog is looking for the perfect forever family. Her journey begins just outside Dallas, where Heart and Bones — a foster-based rescue organization located in Texas and New York City — took in the dog after she was surrendered to Stone Creek Vet, a veterinary practice in a remote location just outside Dallas.

"They immediately saw that she couldn't utilize her front legs since they were malformed. They're rather short. She has paws, but she can't utilize them in the same way that a dog's front paws can "Allison Seelig of Hearts and Bones tells PEOPLE what the doctor saw after seeing Thumbelina for the first time. "So they assumed that the reason she's like that is probably due to reckless breeding techniques, and her legs must be some kind of genetic deformity that she was born with."

While Thumbelina's former owner is no longer able to care for the dog, Heart and Bones is confident that there is someone out there yearning for a companion much like this "amazing" special needs canine. Thumbelina, who was roughly a year old at the time, had some opportunity to explore the world before encountering Hearts and Bones. During that time, the husky/German shepherd mix learned to walk on the backs of her paws with her shorter front legs. Unfortunately, a trip to the vet indicated that Thumbelina's self-taught walking style might lead to serious health problems in the future. 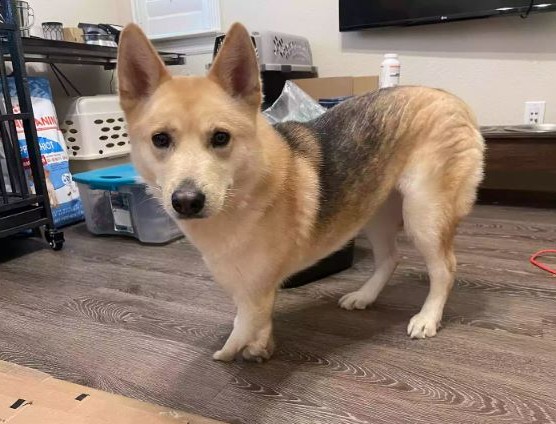 "She was quite content wandering around in this manner. However, our vet colleague was concerned that the wear and tear on her front arms may lead to problems because she isn't walking on paw-pads. She walks on fur. It also pitches her down at an odd angle, placing a lot of strain on her front body, which they were concerned might lead to spinal troubles for her in the long run "The animal rescuer continues.

So, once Thumbelina was adopted by Hearts and Bones, the rescue gathered the funds required to acquire the dog her own bright pink wheelchair that safely supports her as she uses her hind legs to travel around. Thumbelina relocated to the Dallas home of Heart and Bones' founder for a crash training in wheelchair walking.

Thumbelina rapidly mastered her new wheels, befriending numerous neighboring pets in the process. Hearts and Bones brought Thumbelina from Texas — where many shelters are swamped and congested — to New York City in early August, after the rescue's founder was sure that Thumbelina could traverse the world with her wheelchair. 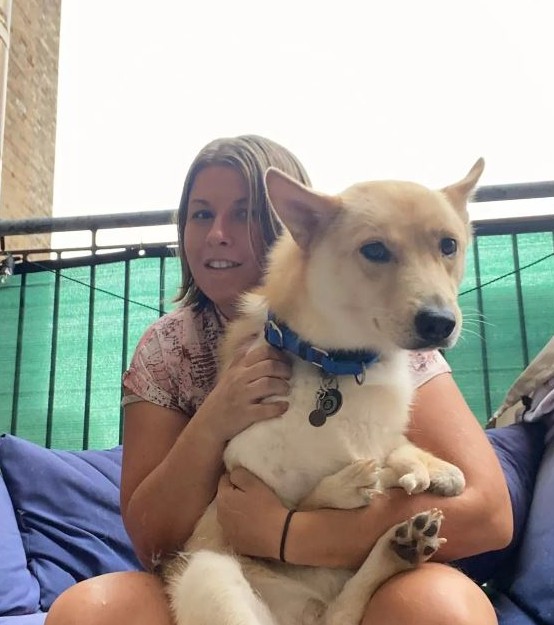 Thumbelina came live with Megan Penney, a pet foster who says Thumbelina is her 200th foster puppy. Penney is presently caring for the dog and has nothing but positive things to say about the pup, who has made even more progress in managing her wheelchair and mingling with other dogs, including Penney's own.

Thumbelina has visited the beach, the park, and the streets of New York, charming everyone she meets. She is now looking forward to meeting her permanent family.

"I think she'd do wonderfully in any household as long as someone is patient," Seeling adds, adding that Thumbelina's adopters should expect the dog to be timid at first.

Penney, who understands what it takes to care for Thumbelina, says that owning a special needs pet is not as difficult as some people believe. Thumbelina's adopters should be able to carry 42 pounds – the canine need assistance getting in and out of her wheelchair — and live in a home with an elevator, ramp, or level surface. Outside of these factors, Penney believes care for Thumbelina is akin to caring for a dog with fully grown front legs. 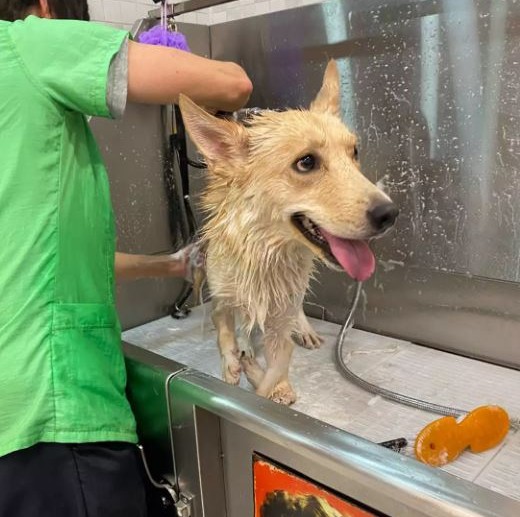 Thumbelina just visited NYC's Squeaky Clean Dog Grooming to be ready for her new home. Pride + Groom, a pet care company, paid for her spa day as well as the items for the pet's makeover. Pride + Groom's The One Fur All conditioning shampoo was used, and it was intended to be donated to animal rescues and shelters.

Thumbelina is now completely prepared to begin the next chapter of her life with her permanent family. If you think Thumbelina is the pup princess you've been looking for, you may apply to adopt her through the Hearts and Bones website.

The organization hopes that anyone who are unable to adopt an animal at this time may consider fostering one. 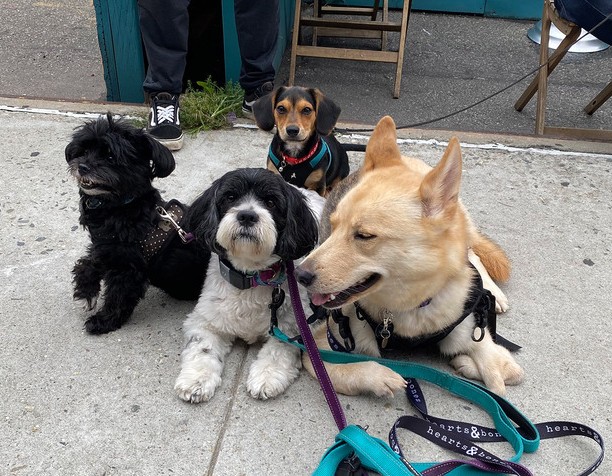 "Even fostering for two to three weeks may practically save a dog's life. Because there isn't enough space at shelters to care for all of the dogs who need homes right now. And the more individuals who volunteer to foster, the fewer dogs there are in shelters "According to Seeling. "And it offers them a higher chance of finding a forever home because they're accustomed to live in a house at that stage, and it's really nice to alleviate strain on shelters."

"You simply have to keep in mind that even your studio apartment is a lot nicer than a concrete cage in an animal shelter," Penney says.