The Matute dog has had a string of terrible luck in the past. His regular habits included eating and sleeping on the sidewalk in the middle of the road. A youngster spotted the dog the day after he was injured by a car in Campinas, So Paulo, Brazil. Since the occurrences occurred in March 2022, the community as a whole, and notably employees at a local gas station, have been extremely supportive. He has continued to work and assist there since then. 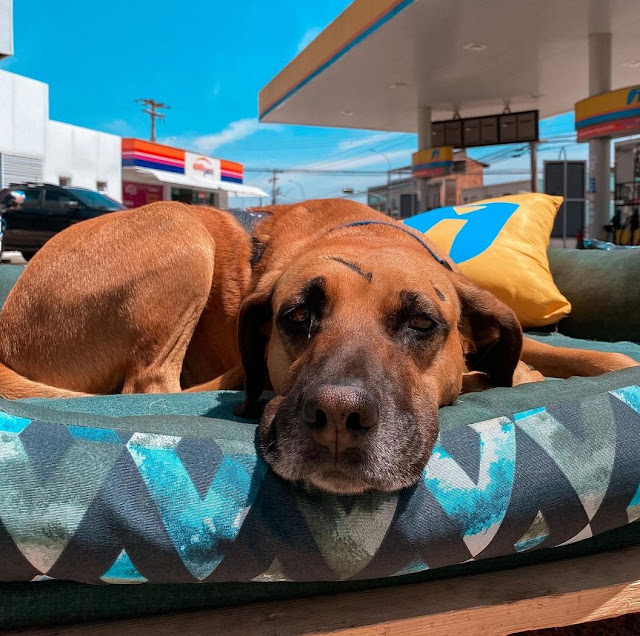 Matute made remarkable progress during his rehabilitation. He was handed the gas station uniform, which was to be his first outfit. It's worth noting that the dog appears to be having a lot of fun on social media.

The rescued dog has its own social media accounts. Logically, the gas station workers will prepare all of Matute's material. 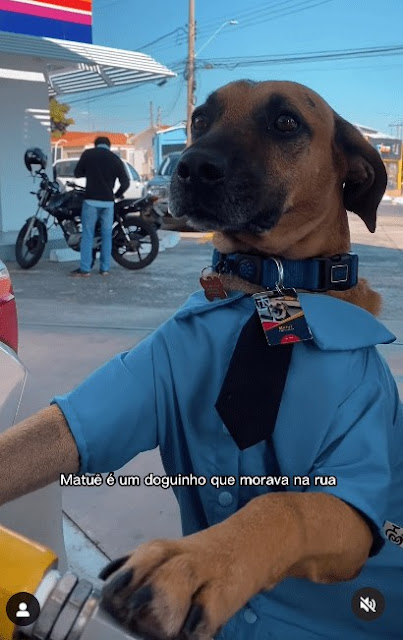 "Many people may be scared by the (marks on his face), but don't worry because, although he no longer has hair, today he no longer feels any pain in the area," said one of the employees on the Matute's Instagram profile, referring to the marks he has on his body from his previous life on the streets.

The workers at that place likewise applaud and thank the youngster who brought him to them.

« If it hadn't been for him, who was carrying Hooch, he would have (died) on the sidewalk.

We all deserve a second chance, and Matute received one.