Abandoned Puppy Without Mother Born with Spinal Malformation, Nothing will hold her back Meet Tipsy! She was born very tiny and without mother care and abandoned!

According to PowShow, a member of their rescue crew discovered her defenseless and near-death on the ground. Tipsy is growing up thanks to their love and care.

After two week Tipsy took her first steps. She didn't have any anomalies at the time, therefore they didn't realize she had a congenital spinal condition. 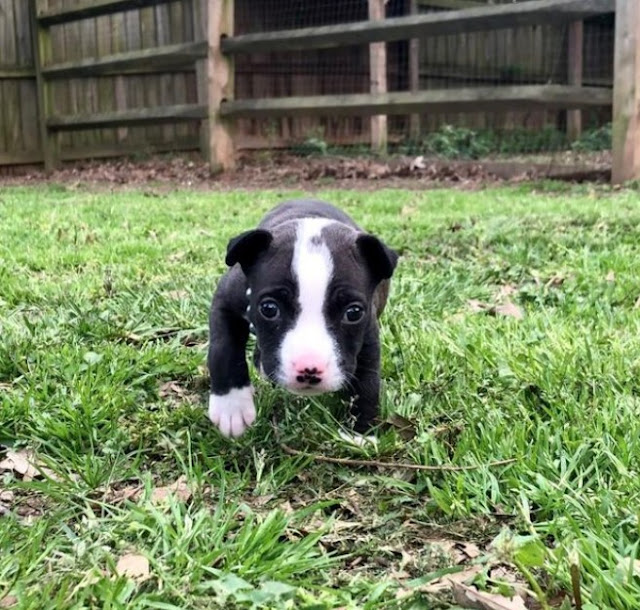 A little over 3 week old, she was growing up, even though it was a bit early for weaning. She was itching to try some meaty food.

"Unfortunately this was when we noticed something was very wrong. She had been walking normally, and now she wasn't walking at all. She frequently scooted or dragged her back legs. She still retained sensation (pain) and a sliver of motor function in them."

"We began passive range of motion exercises and some physical therapy right away until we were able to get an appointment with a neurologist."

Radiographs showed that she suffered some sort of spinal fracture/luxation. The region in concern in her T spine exhibited loss of vertebral bodies and bone density even in the initial X-rays.

We never witnessed a trauma to cause the fracture/luxation and she never acted painful. Neurologist felt strongly that this was a congenital defect and, that she easily could have caused the malformation without significant trauma.

We kept up with ohysical therapy and she was improving. She is the most driven dog in the world, and nothing can stop her!!

Tipsy in 7 week old, her foster can't believe they've made it this far, she can wolk, and even she can run a little.

" Had her first acupuncture treatment yesterday and she peacefully napped for about 3-4 hours afterwards. She was excellent at acupuncture but became agitated at the end."

9 weeks old, she is getting her own wheelchair, but her foster figured out that when you put anything around her shest, she thinks she can't move which is why she struggles with her wheelchair. But with some practice, she's getting the hang of it. 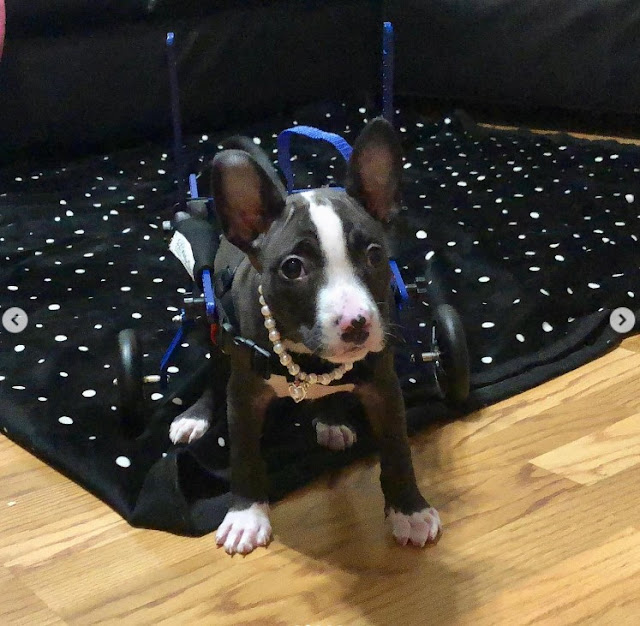 16 weeks Tipsy in her wheelchair, she may run about the field and play with other dogs, which she enjoys, and other dogs play playing with her. 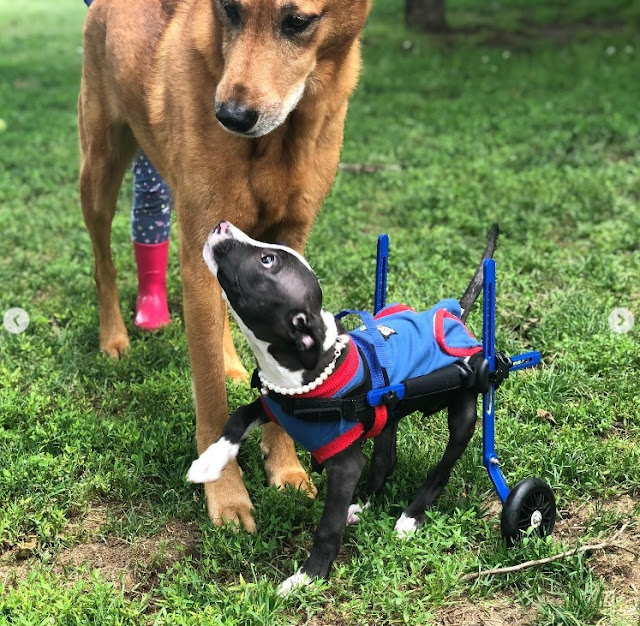 20 weeks, she has grown up, and still remains the happiest girl in the whole world. 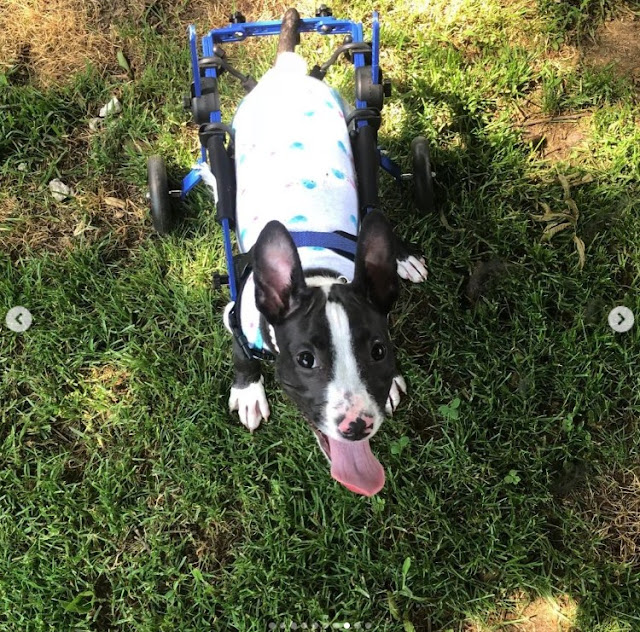 Keep up with Tipsy on instagram: instagram.com
Edit This Article
Tags Rescue