For the past five years, Gerardo Ortiz's Peruvian restaurant, Ajilalo, has had an uncommon customer. A homeless dog prowling the streets chose to halt at the restaurant's door, delivering a sincere look that indicated he was hungry.

Although Gerardo could simply refuse the homeless dog, he instead made a delicious complementary lunch for him. Since then, the man has established an appealing ritual that he still does today. Following that, Gerardo's restaurant offers the hungry dog a free lunch every day.

But it didn't take long for the man's generosity and goodwill to spread among the town's many stray dogs. As more dogs arrived, Gerardo, of course, greeted them with a lovely supper. 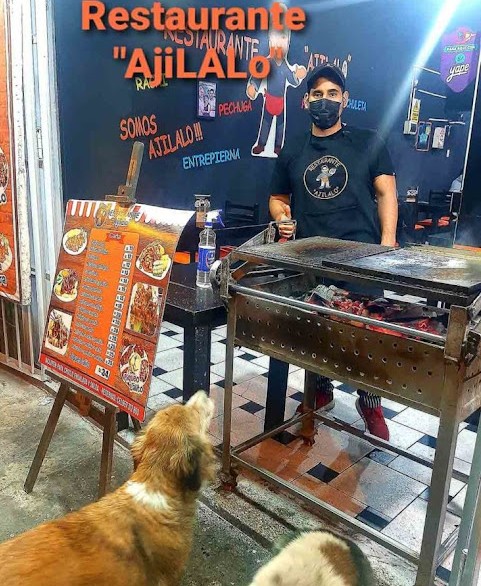 Gerardo and his restaurant are now being frequented by a huge number of homeless dogs, some of which are regular customers and others who are just passing through. Of course, they all have one thing in common: they are all able to fulfill their hunger owing to the excellent food given by the kind-hearted man.

Whenever the guy is at work, he glances into the eyes of a new dog, wondering if the story that he may get a free supper there is real.

Customers of Ajilalo are overjoyed at the deeds of their favorite restaurant's owner. They are occasionally affected by their actions and bring food to the local homeless dogs.

"They are, in my opinion, the finest clients," said Gerardo, who talked to The Dodo. Fortunately, our clientele have reacted well to dogs. They shower them with love."

Gerard promises "They don't pay us in cash; they pay us in joy and wagging tails." They are appreciative, and we prefer to give rather than receive. Animals have caught my curiosity since I was a youngster. My mother instilled in us the value of assisting others, both humans and animals. She is a source of inspiration for me." 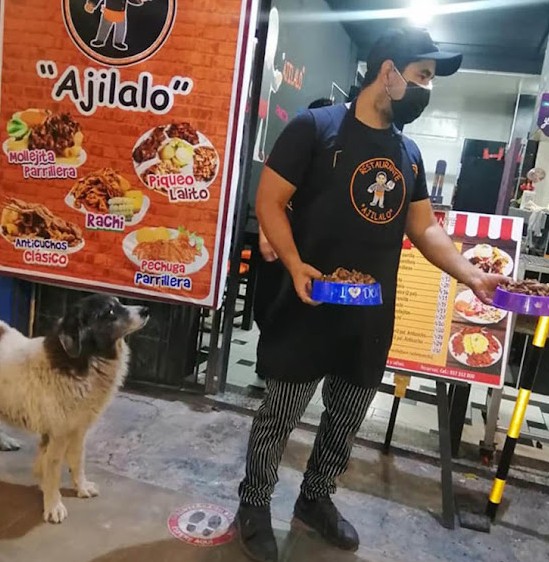 This caring man informs us that a beautiful act may make a difference in an animal's life. His actions highlight the importance of their lives, which Gerardo is happy to convey every day with his meals.