Linda
Last update :
Doctors said that she only had a couple of weeks to live, so this pilot flew her to her adoptive family 400 miles away so that her final days would be filled with love. 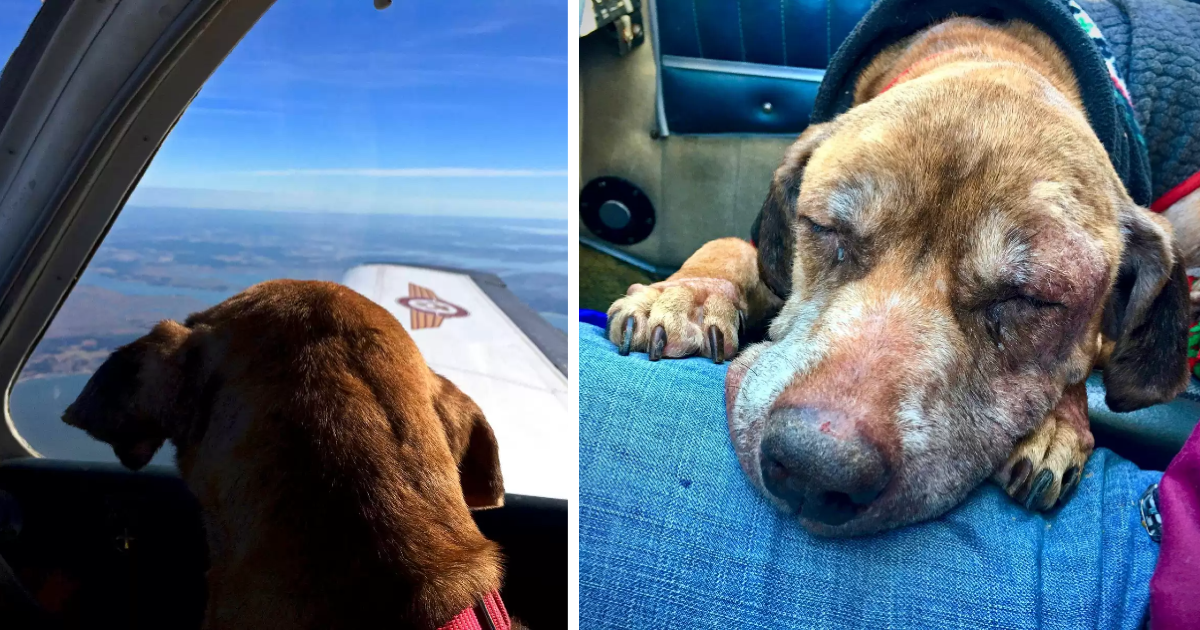 Ashlyn was an elderly dog in a North Carolina shelter, and she wasn't doing well. She'd lost a lot of weight and had sarcomas, which were malignant tumors beneath her skin. But it wasn't too late for her to strike gold.

When the New England Humane Society (NEHS) identified a suitable home for Ashlyn to spend the last few weeks of her life, all she needed was a means to get there. So the founder of Flying Fur Animal Rescue (FFAR), Paul Steklenski, decided to fly her up on his plane. 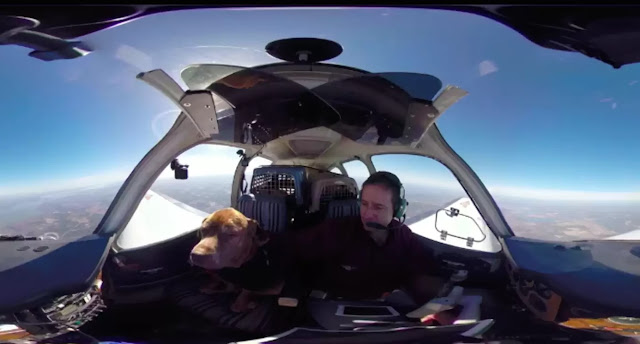 Steklenski became sad as he piloted the plane with Ashlyn in the seat next him, thinking about how this may be her final flight anywhere.

Even though Steklenski is used to transporting needy puppies to rescues so they may find loving homes — he normally transports between 15 to 30 dogs each month — the elderly dogs particularly tug at his heartstrings. "Those are the ones where you really focus on what they're going through," Steklenski explained to The Dodo. 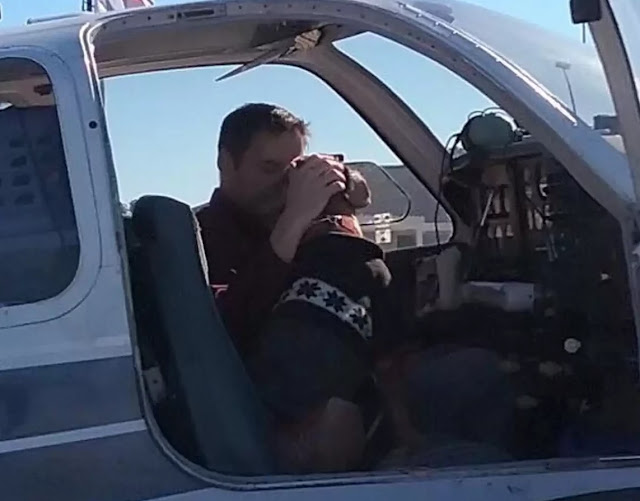 Ashlyn was nervous at the bit of the two-hour travel. "She seemed a touch distant at first," Steklenski remarked. "Then she'd kind of open up a bit and get closer."

He surely made her feel better by feeding her dog treats. "She then gave me one paw, then the other," he explained. 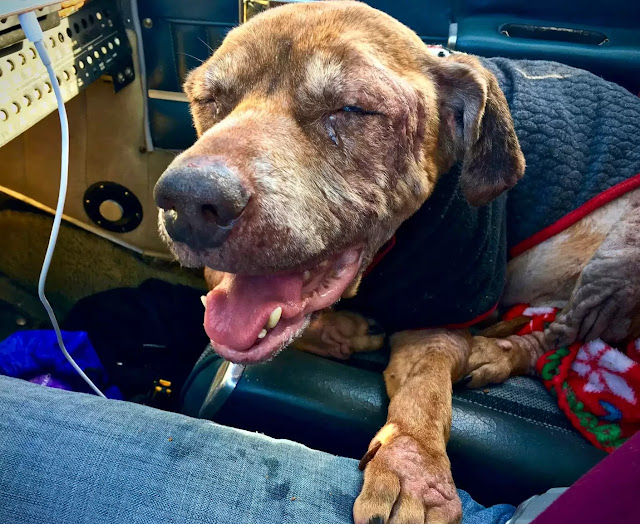 "She then rested her head on my lap," Steklenski explained. "That means a lot to me. That is all that is important. That is the prize in and of itself."

Steklenski decided to take up flying as a hobby in 2013, at the same time he adopted a dog. These items were unconnected at the time, but they were irrevocably intertwined soon after.

"We went to pet stores, then to shelters, and began to discover the difference," Steklenski told The Dodo last year. When he discovered how many needy animals are in shelters, he decided to put his new hobby to good use. 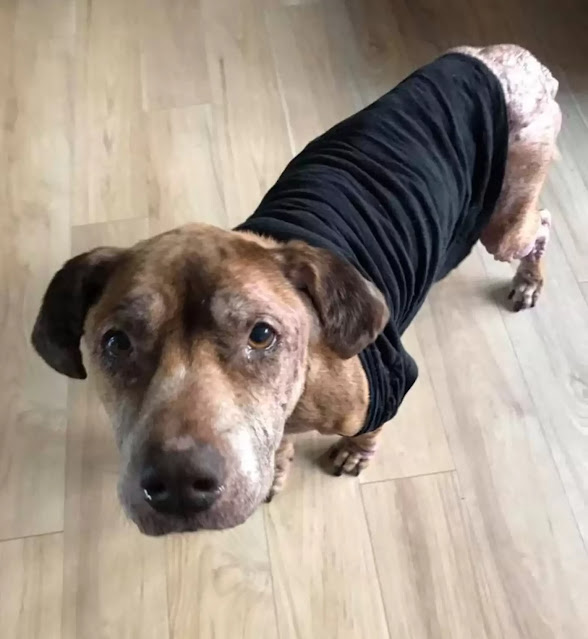 Ashlyn would not be where she is now if it weren't for him. While everyone assumed they were transporting her to the hospital, her recovery has led rescuers to believe she may have more time than they imagined.

"Her condition crushed me when I brought her up from the airport," Tracy Lander, who has three dogs of her own and has been fostering dogs for the NEHS for two years, told The Dodo. "She had lost 39 pounds and her optimum weight is between 65 and 70 pounds. She came to me wearing a sweater, and when I removed it, I could see every rib." 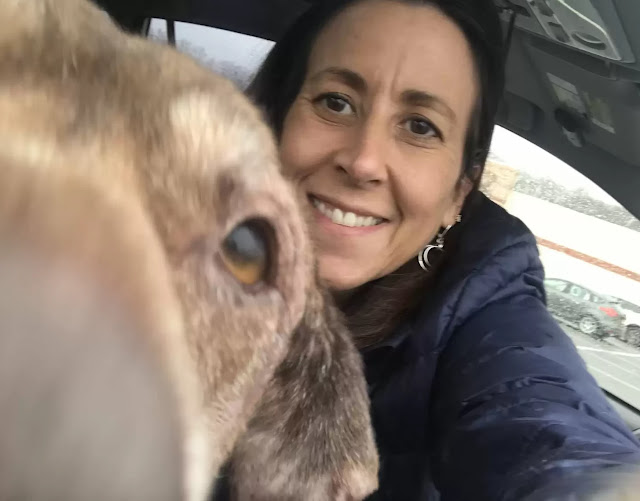 Lander began feeding Ashlyn three times a day to help her gain weight. She also gave her vitamins to assist her deal with her numerous health issues, which ranged from skin problems (induced by chemical burns) to cancers.

Ashlyn gradually began to change. "She's getting out more," Lander observed. "She's a fantastic eater... and she adores me." 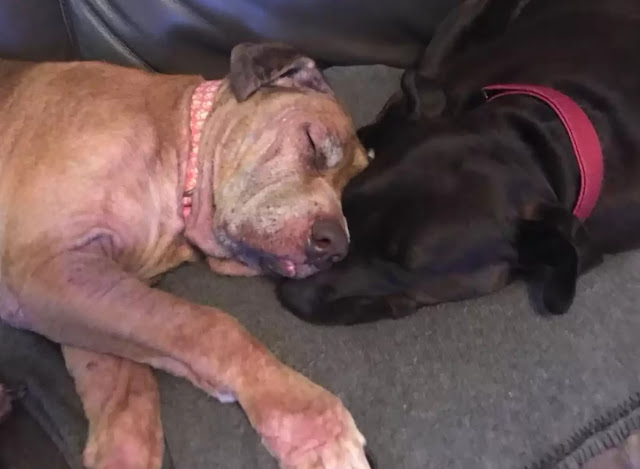 Ashlyn has even begun to cuddling with Angel, another of Lander's dogs. Xander, Lander's boxer mix, has also expressed an interest in connecting with Ashlyn. "He'll simply walk up to Ashlyn and start licking her," Lander said. "He believes that he can heal everyone with his mouth."

Ashlyn moved in with the Landers in January, and no one knew how long she'd be there. Now that it's April, they don't think of her as the fospice dog, but rather as someone who reminds them to live in the now and cherish every day — which is always a wonderful lesson.

"She understands she is adored," Lander added. "No matter what happens, she knows she is loved."

No one expected Ashlyn to make such significant leaps the day she boarded Steklenski's plane. She went from being a tired shelter dog to becoming a member of a loving family, which is precisely why Steklenski does what he does. 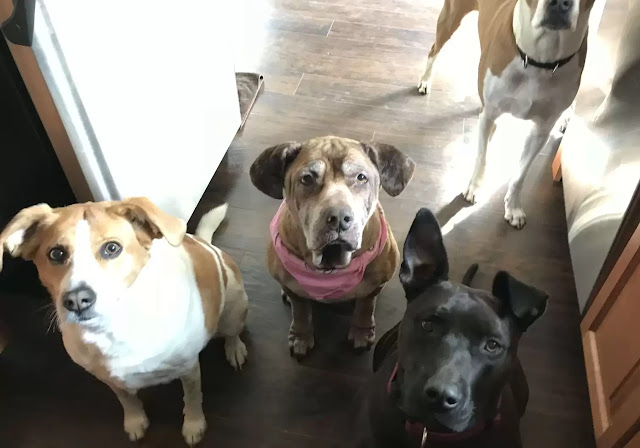 "I never envisioned discovering something so wonderful, so rewarding that it would eclipse practically everything else in my life," Steklenski remarked.