Hulk, the dog that Messi received as a gift from his wife Antonela, is the most pampered of the family

With happiness and the World Cup in Qatar, Messi will surely come home giving his 6-year-old dog Hulk a big hug, who is his unconditional friend. Antonela Roccuzzo, Lionel Messi's wife, has been with the Argentine player since before he rose to fame, currently having a beautiful family with three children named Mateo Messi, Ciro Messi, and Thiago Messi, but in the family they have a pampered furry, and it is about Hulk the giant dog of the Dogue de Bordeaux breed that weighs more than 50 kilos.

Antonela not only gave Messi three lovely and healthy children, but she also gave him his closest buddy, Hulk, the puppy that is very beloved to the entire family, a few years ago. 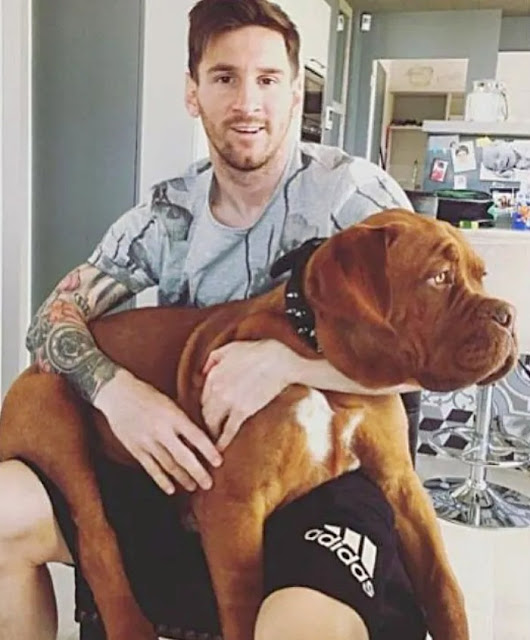 Hulk, the dog Messi's wife Antonela gave him, is the most spoilt member of the family. The debut of the Hulk, who looked like a fat dog with beautiful emerald eyes, was announced on the scorer's Instagram in January 2016. Messi smiles as he holds him in his arms and praises his loving wife for the gift.

"I have a new family member. "Thank you, sweetheart, for this beautiful present," he said on Instagram.

Hulk lives up to his name, as the 6-year-old dog is enormous and appears to be quite powerful; this implies that he must have an appropriate diet in addition to exercise.

Messi and his family were concerned in the days leading up to the 2022 World Cup in Qatar since the dog had not flown with them but had remained in Barcelona for veterinary treatment.