Oso, an 18-year-old Pomeranian mix from Baldwin Park, California, is befuddled and despondent. His owners relinquished him to the Baldwin Park Animal Care Center on March 28 because they no longer had time for him.

For 18 years, Oso had been part of a family, and seemingly when he was young and healthy, he was welcomed, but growing old is rarely kind, and it is sad that Oso will never understand why he was abandoned by the only people he likely ever knew. 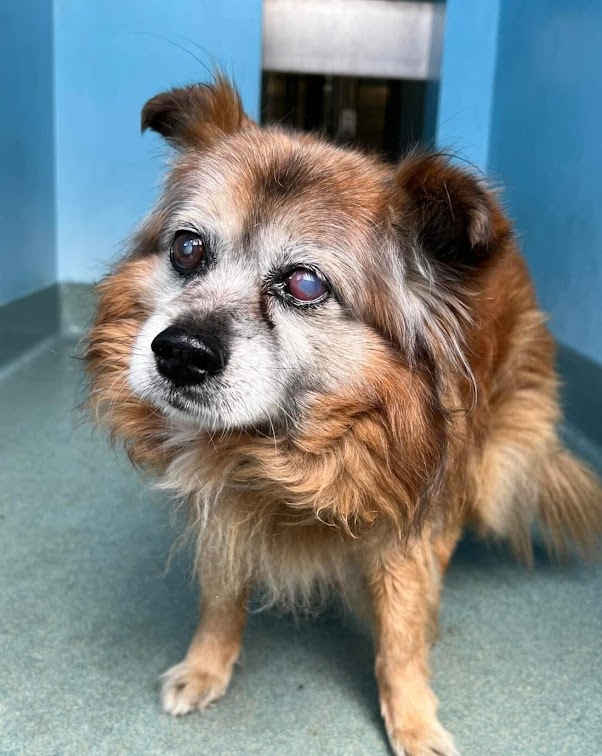 Oso's medical notes: " "ision is hampered. (Oso is most likely blind because he keeps knocking into the wall and the cage.) Oso is walking and even waving his tail despite some sensitivity on the back of his body (I am sure he is in pain - back, spine, and back legs). Oso was panting, as seen by his intake photo." 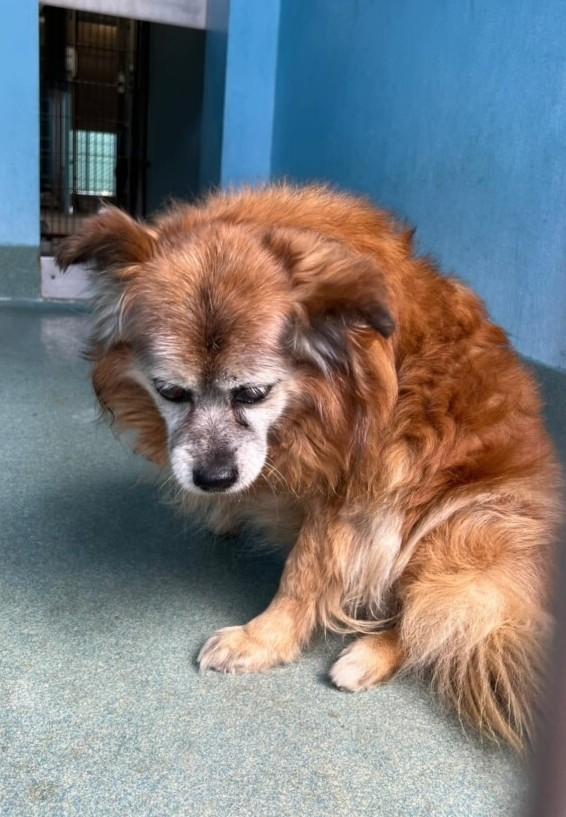 According to Shelter: " "as well as being evaluated. FRIENDLY Now I'm certain Oso has dental problems and will require extensive dental treatment. I don't know if Oso can hear or if he has a heart condition because I don't have his medical records. In the comments, videos and additional photographs have been posted."

UPDATE: Oso was humanely euthanized on Monday because he was suffering. Rest in peace little angel.