Heartbreaking scene of a pet dog screaming in pain because of hundreds of thorns growing on its mouth.

Thor, the dog, was discovered impaled with hundreds of quills by its owner in Sao Paulo, Brazil. According to pictures, hundreds of yellow quills coated the golden brown dog's muzzle, forehead, nose, ears, and legs. A local councillor, Dr. Jose Roberto Apolari, stepped in to aid, driving Thor to a clinic and assisting with the expenditures. 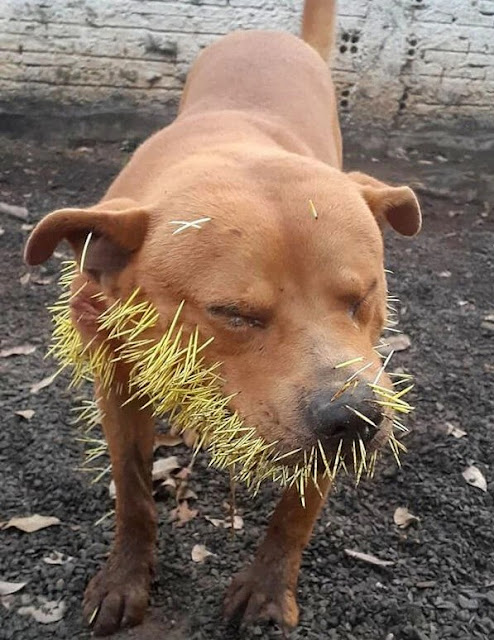 Thor, three years old, is thought to have fought a porcupine for the second time in a year, sustaining terrible wounds.

Bertoline made an internet appeal after finding Thor impaled with porcupine quills and requested help in having him healed. 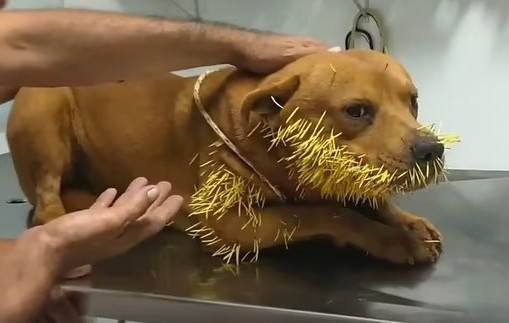 'Good morning, folks...' he posted on Twitter. I woke up this morning to discover my dog in this condition... Is there a clinic or veterinarian that can help him? 'I'm afraid I can't pay.' 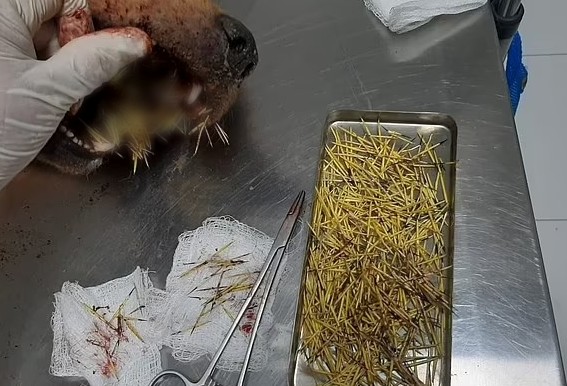 'Dr Apolari was an angel in my dog's life since I couldn't afford a private veterinarian,' Adriano said on Facebook. I'm now unemployed, and I have four children at home.'

According to Adriano, the councillor took the dog to the clinic, assisted with the expenditures, and then returned Thor home. 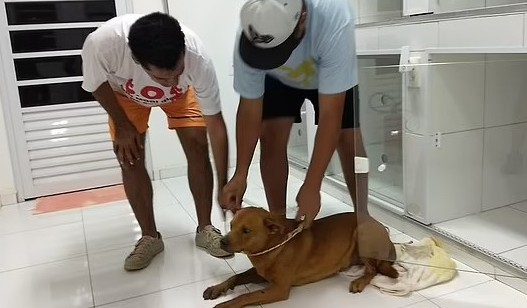 According to Thor's owner, this is the dog's second encounter with a porcupine in a year.

In February 2021, Adriano's buddy, who worked at a private veterinary clinic at the time, assisted the wounded dog. 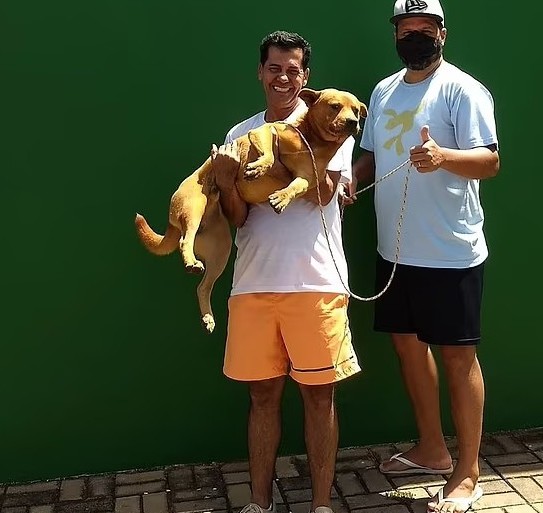 The condition of the porcupine after being attacked by the dog was not immediately known.