We all know that growing up with dogs is helpful for children. To begin with, newborns who grow up in a family with a pet dog are less likely to acquire various forms of allergies, and they have been discovered to have a stronger immune system, particularly during the first year of life.

Furthermore, as simple as it may appear, growing up with dogs teaches children important life skills.

They learn to take on modest tasks at first, such as being delicate and careful while stroking them.

However, one of the most significant advantages of owning a dog as a youngster is that you will have a greatest buddy as you grow older.

A buddy who will always adore you and never leave your side.

Just like the Golden Retriever in this video, who has only recently met his new human sibling.

The family originally had three Malamutes and had become known on social media through their films, but they welcomed a fourth member to the family last year.

So, until last month, there were three humans—mom, dad, and their little daughter—the malamutes, a cat named Milo, and Buddy the Golden.

Mom Emma gave birth to baby Nathan a few weeks ago, and the family couldn't be happier. 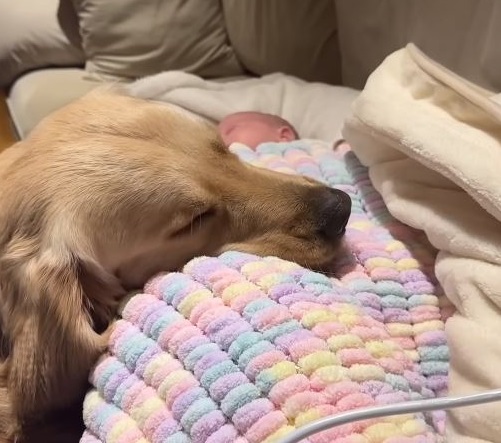 Shane and Emma couldn't wait to meet the baby boy's human big sister, Amelia, and his many animal siblings.

According to dad Shane's Instagram post, one of the dogs was shivering with excitement as he met the new member of their family.

All of the dogs appear to have fallen in love with the infant, and they took turns protecting him as he slept, but one of them refused to leave his side.

Buddy, the golden retriever, is seldom far from his hooman brother. 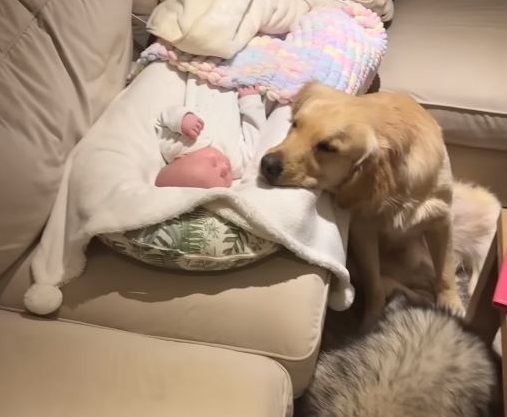 He sits right next to him, frequently attempting to snuggle with him, but Nathan is still too young for that, so he uses Buddy as a blanket. 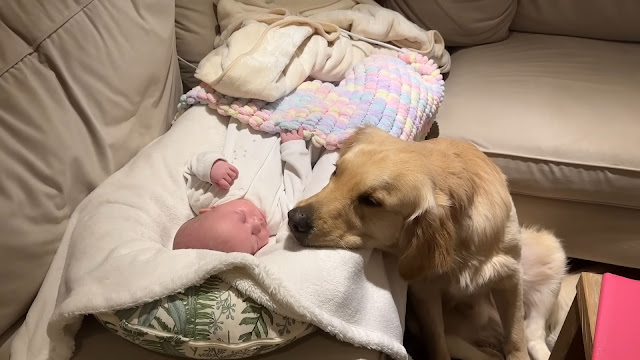 Buddy is usually sitting near to the newborn baby in the video they just published on YouTube, sometimes even sleeping right next to him, with his snout on the baby's legs.

Buddy adores his baby brother and can't get enough of him. 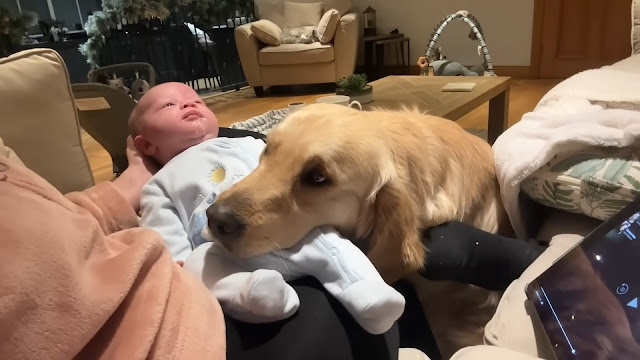 "When this Golden Retriever meets a newborn baby, he never leaves his side!" He follows him everywhere, well, not very far because he gets carried, but he's a tiny shadow. I'm not sure what it is with our dogs, but they all jump into little fluffy protector mode," dad Shane explained. 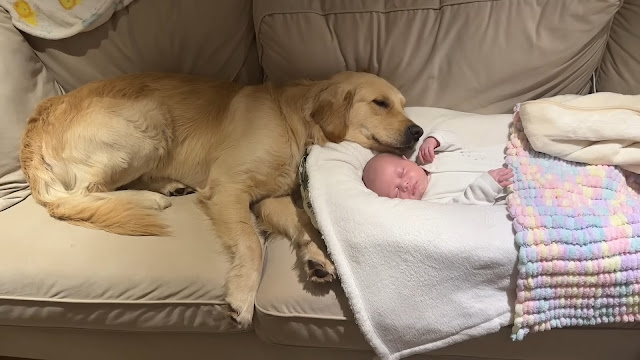 It's wonderful to observe the bond that has already formed between the dog and the baby. What a fantastic team they will be in the future.

Watch the touching video below!