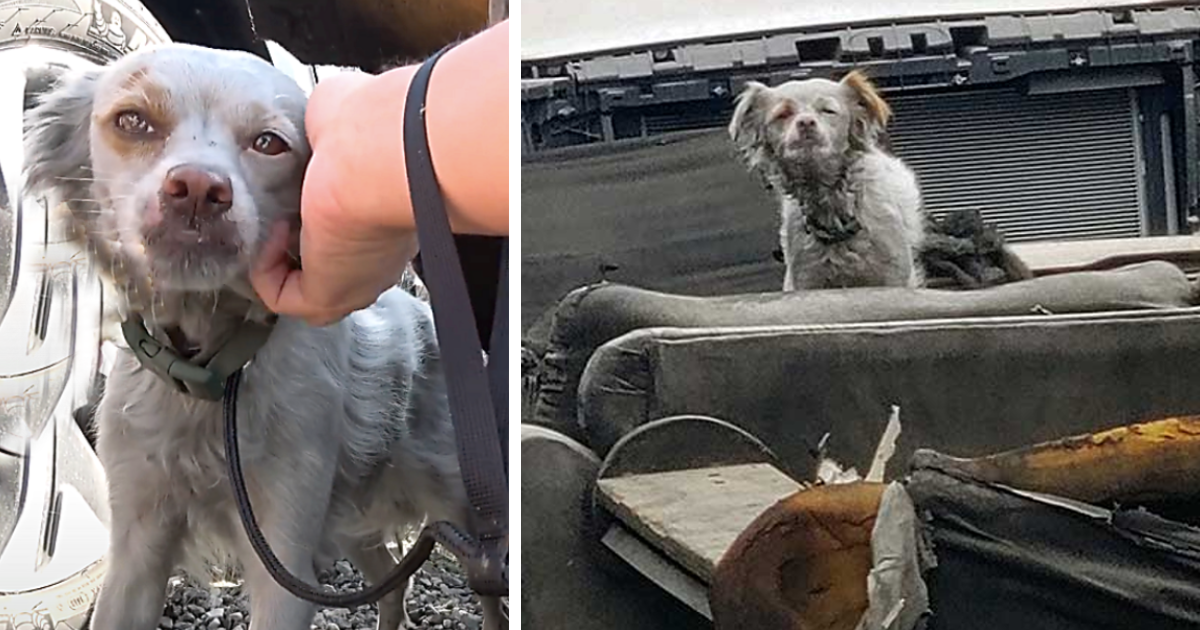 A dog was abandoned in an industrial location and finally found safety at a neighboring firefighters' facility.

The dog had been resting on a burning couch at night and hiding beneath automobiles during the day.

Rudy, one of the veteran firefighters there, noticed the dirty homeless dog and realized he had to act. He promptly contacted Hope For Paws Rescue and requested assistance. 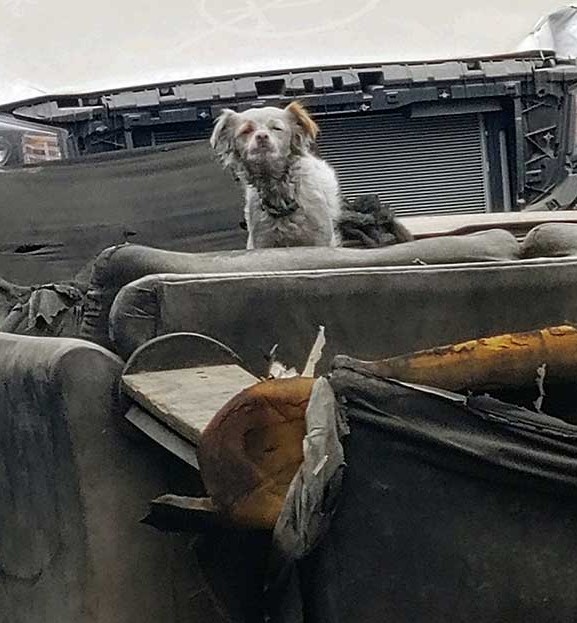 Hope For Paws hurried over to rescue the dog as soon as they received his message.

The dog, which was coated in soot and ash, was quite scared and refused to approach the rescuer. Whenever he tried to approach her, the pup ran to the charred sofa, which had become a sort of safe refuge for her.

He eventually won her trust with the assistance of a cheeseburger. 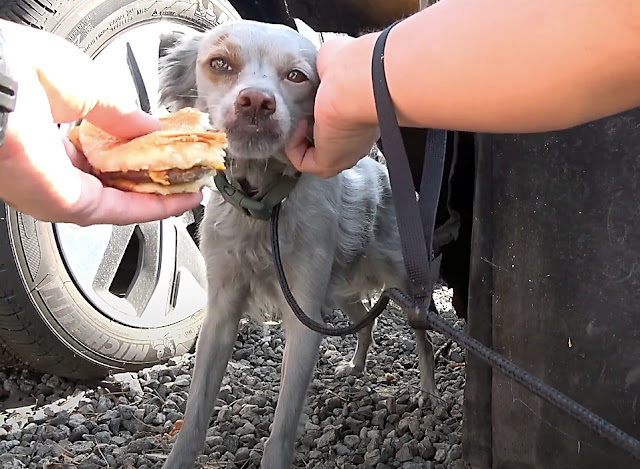 He named this adorable pup Waka and returned her to their rescue for a medical test and a much-needed wash.

Her previous terrible existence was being washed away as the grime was washed from her body, revealing her dazzling white fur.

Waka is now ready for adoption after being fostered by Wags and Walks. She is eager to find her forever home and put her history behind now that she is secure, healthy, and happy. 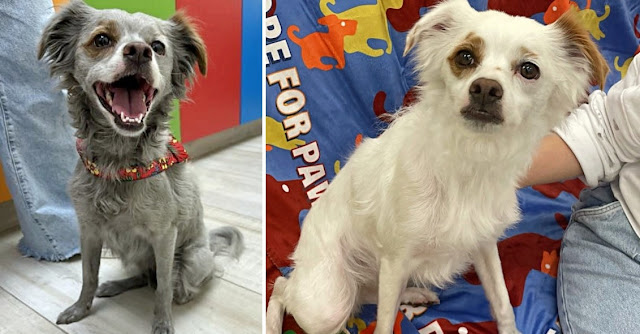 One thing is certain: she will never again have to spend her evenings sleeping on a charred couch!

If you'd like to adopt Waka, please fill out an application by clicking here.

In the video below, you can see her rescue and transformation: