A cute dog who was abandoned and left to die has learned to walk and run on two legs. Putol was born with just her front legs, yet she never let her disability hold her back. As shown in this cute video, the six-year-old canine has learned to run astonishingly quickly on her two front paws thanks to her new owner, Danilo Codilego Jr.

Putol, which literally translates as "chopped" in the Tagalog language of Luzon, The Philippines, is frequently seen running with other canines and exploring the Casiguran neighborhood of Quezon City's side streets and gutters. 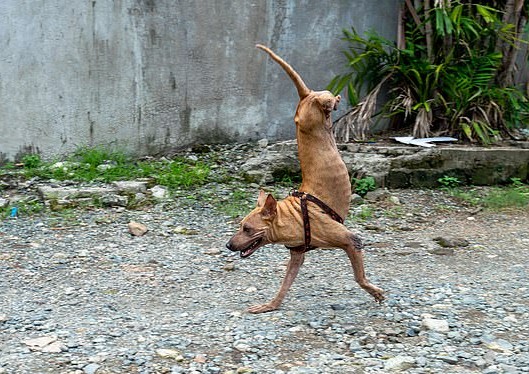 Can we just take a minute to ponder on the reality that this poor girl has been termed 'chopped'? A name that is both cruel and adorable.

Aside from her dubious name, the puppy is a great attraction in the neighborhood due to her bravery and zest for life.

Local truck driver, Danilo, said: "We met six years ago. I was working at a bakery at the time. One day, a coworker showed in with four puppies. He was attempting to sell them for 5000 pesos (£115/$151) apiece.

"The other puppies were sold, but no one wanted Putol, the poor two-legged puppy." 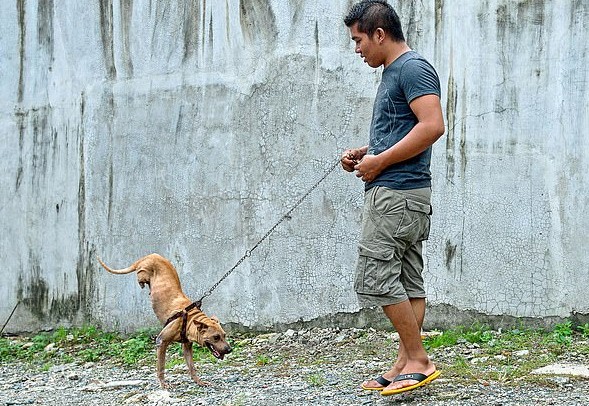 "They didn't expect she'd survive long," Danilo continued. I was the only one who had the fortitude to care for her. We took chances because we felt sorry for her.

"We couldn't think of anything else than Putol."

Couldn't come up with anything? Molly, Coco, Willow? I can think of three right now, mate. 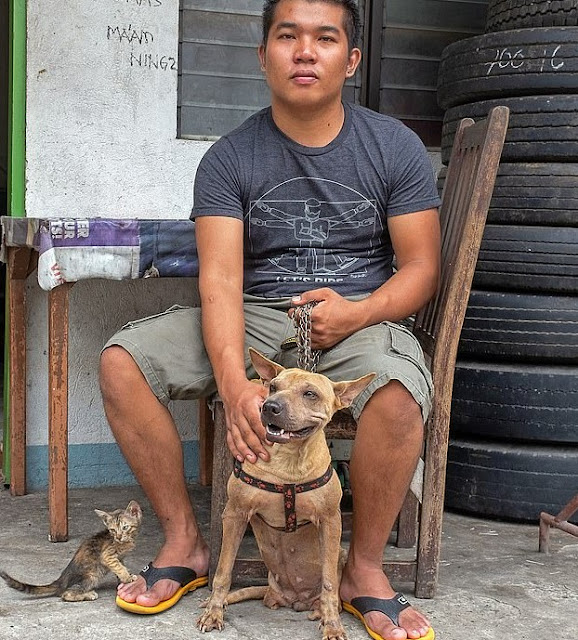 Putol could not walk for the first two years of her life, but she gradually learned to balance herself on her front legs and soon got the hang of it. She now patrols the property and is fiercely protective of her owner.

"Putol acts like a guard dog, barking when a stranger approaches," Danilo explained. She also becomes envious when I pay attention to another dog. Otherwise, she is a kind and well-liked member of the community. 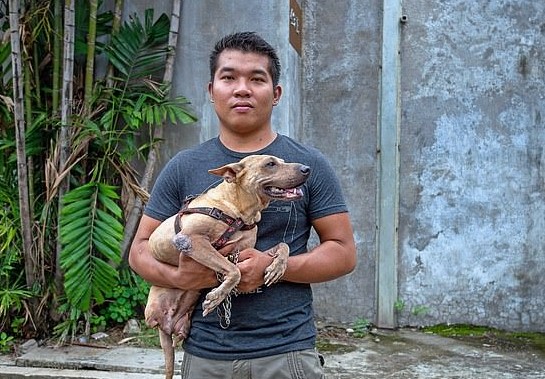 "She has no problems when I have to travel for work since everyone looks after her. She is not fussy. She like the things we eat. But she can't have puppies because of her illness."

We believe puppies are the last thing on her mind; she's too busy having fun!