He's The Victim of 2 Heartless Owners, But...Let's All Watch This Warrior

Harold was born into a local puppy mill, which confines mother dogs in small cages and raises hundreds of puppies for profit.

Puppy mill animals are at a greater risk of acquiring major birth problems such as heart disease, kidney illness, blood diseases, deafness, and lifelong paralysis due to overbreeding.

Harold was sold to an unknowing bidder for $7,000 after taking a few infant breaths. Harold was brought home by his new owner, who nursed him through an upper respiratory illness. 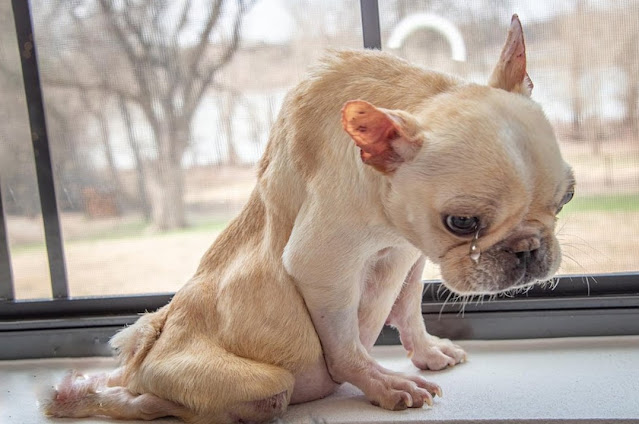 Then, without notice, Harold lost the ability to use his back legs due to spine curvature induced by overbreeding at the puppy mill; the disease is akin to scoliosis and eliminates all sensation in his hindquarters.

Harold's new owner gave him to Dallas DoggRRR, who immediately brought him to the emergency animal hospital.

Harold was in the hospital for two days and struggled to eat without regurgitating.

Doctors discovered ulcerations and a stricture in Harold's intestines, abdominal adhesions, enlarged lymphnoids, increased liver levels, and gastro fluid across his belly and eshophagus during an emergency exploratory operation.

This little boy has been a Dallas DogRRR resident for many years and acts as our rescue mascot and social media ambassador.

"He is a true warrior, but we despise seeing him in such agony. We are doing everything we can to assist Harold."